Lhasso Adventure associated with Mother and Children Art Foundation have collaborated to conduct a volunteering school project in the country side of Kathmandu Valley. On 17th July I had the chance to join the volunteering group from Manchester UK, for a three days experience of volunteer in Bagehini primary school. The group formed by 22 volunteers where waiting for us, with shining eyes, ready to get involved with the Nepali culture. The team composed by the team leader, two teachers and 19 students from High School immediately appeared well organized and very willing to work hard. After collecting the backpacks, we moved towards the bus for a 1 hr and 30 mins ride from Kathmandu to Bhaktapur. On our way to the village, the team stopped to purchased materials for painting, painting colors, baskets and brushes. At our arrival a warm welcomed was prepared, the headmaster of the school holds a short speech and Khada (withe scarfs) were given. After setting the luggage the team of chef prepared lunch and after a break, the group of volunteer started their work in teams with different tasks. Two main group were formed, divided on painting and carry bricks teams. 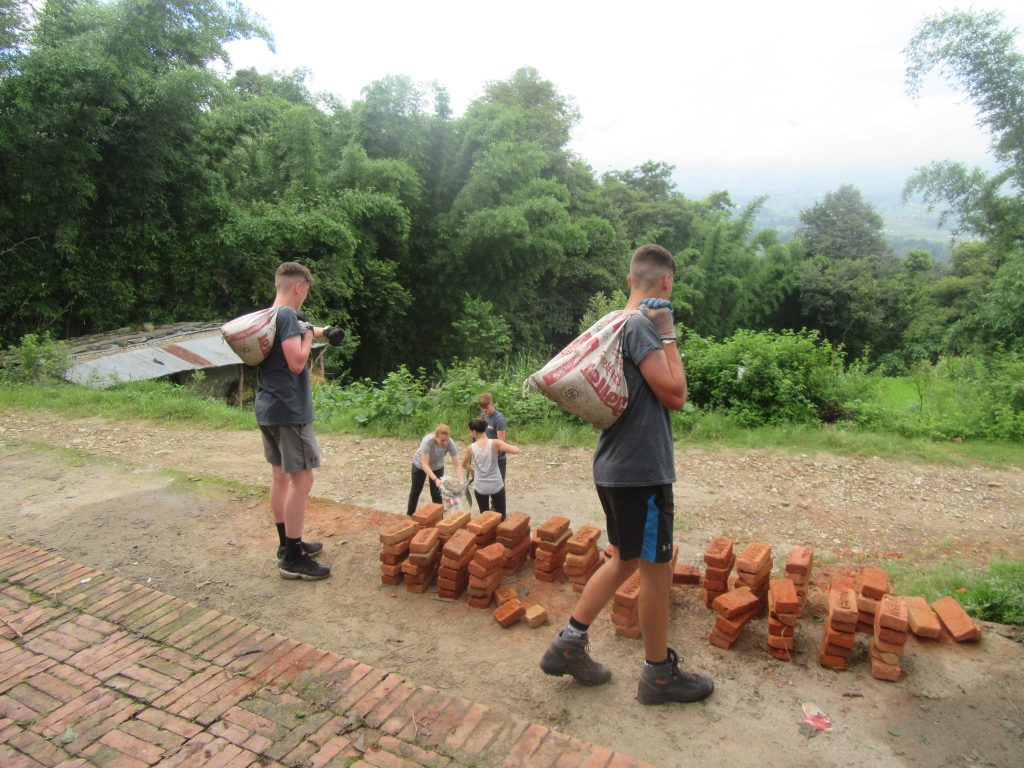 The volunteer worked very hard on their first day until 6 pm when time for the buckets shower was set. A proper dinner were prepared and the first day finished with good vibes and helpful time. The alarm was set quite early on the second day, after an energizing breakfast the groups started again their project. One of the main classroom without painting walls was selected to become the main project for the painting team. On the other hand the second team decided to focus on carry sand from outside the school to inside it, to prepared the materials for building a wall next to the bathrooms. At 12:30 the lunch was served, even if was holidays vacation for the school, some student came to the school and the groups decided to take a rest and play with the children. The volunteers organized sport games, with some materials brought from their country. The kids were really happy about it and they integrate the group in the community.

At 2:30 the teams started with their works under a very hot sunlight, the break with tea and popcorn definitely regenerated the team. At the end of the second day the classroom was almost done, with new color and drawings on the walls. The painting team decided to split in half an work also on the stairs that connected the classrooms from the first floor to the second one. The team scratch the rust from the metallic stair and apply a first base of color.

After dinner the volunteers started to prepared the farewell for the last day. The group was able to come up with a song and a little choreography from the song “Happy” by Pharell Williams, changing on the second verse the word happy from English to Nepali. On their last day the group was very focused on finishing their project, in fact the class was finished completely, the stairs cleaned and painted and more sand and bricks brought into the school.

For their farewell the head master of the school held a speech to thank the volunteers, traditional Nepali dance and magic tricks from the student were showed. Moreover, flower necklace and hats were given in sign of gratitude together with typical Nepali food. 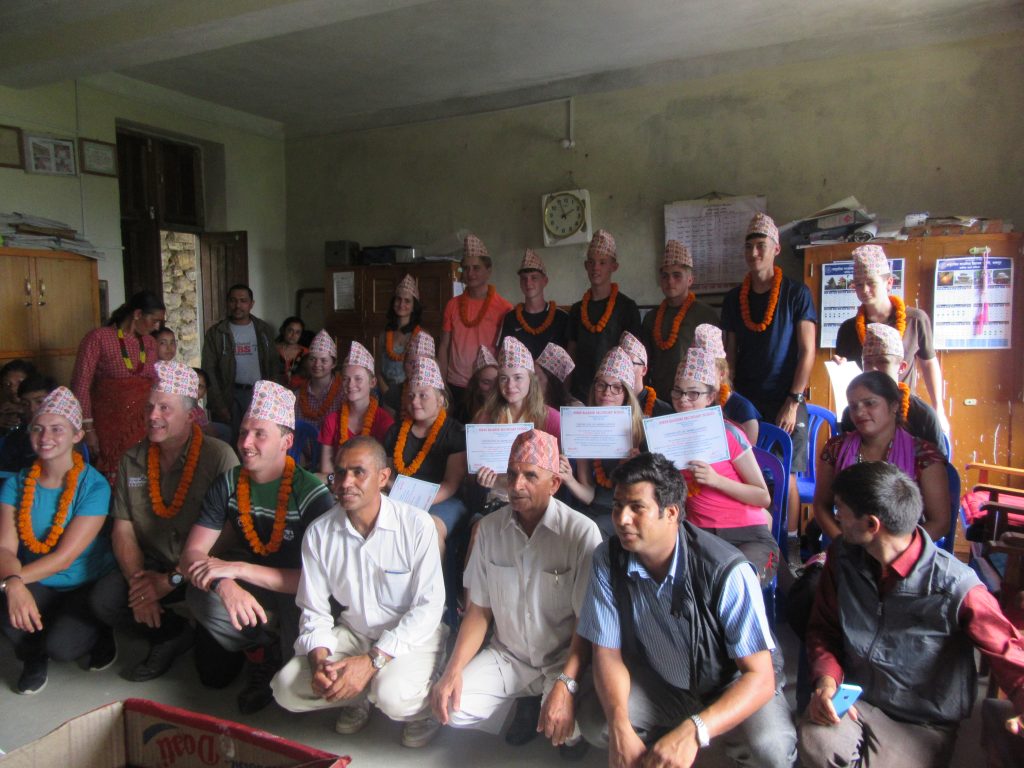 After lunch and farewell the group took the bus to come back in Kathmandu. Moreover, this was an extremely powerful experience, not just for the groups but also for the community itself that now can beneficiate from a better school environment.

We love to hear from you!

Please help us on improving our site. Send your questions, feedback and support here:

Review Us on Tripadvisor

We are associate with